See Adoption Through the Eyes of the Adoptive Father

Fathers play an essential role in adoption. In honor of Father’s Day this weekend, we're taking a look at adoption through the eyes of adoptive fathers!

Whether the decision to adopt a child came easily or took some discussion, adoptive dads share the same positive emotions when meeting their child for the first time. If you’re thinking about adopting but are nervous about the process, it's helpful to take a look at what a few of Lifetime's adoptive fathers themselves have to say about their adoption story.

When you're deep in your adoption wait, it always helps to hear from other adoptive parents who have moved through the process recently and to get a little help and encouragement. Know that if it worked for them, it can work for you, and then learn some tips along the way!

When asked what the most challenging part of the adoption process was, Lifetime adoptive father Sean answered,

"We were a family-in-waiting for almost two years and that was that was the most difficult part. I remember we were approaching the two-year mark and we were starting to get nervous and thinking things wouldn't happen. Both my wife and I work and we kept busy with that. We listened to all the seminars and kept as active with Lifetime as we could…

We had with a group of friends from church that were going through similar situations...trying to get families going and so we had good support there. But I think I was probably the one that cracked first and it was just I had almost given up.

[My wife] Char and I talked it out and this is where we were and our pastor came over and talked to us and calmed me down and what not and we sort of accepted that as 'let's go on and move forward.' We started going through the 'what if's?' because of the two years and what we would do. Then, it was a couple weeks later we got our call that started the process [to adopt our daughter]!"

And another Lifetime adoptive dad, Ryan, was asked by an adoptive father-in-waiting, "How did you cope with the loss of not being able to have a child that shared your genes? He answered:

"You know what, I thought about that before. Like, yeah, my kid’s probably not gonna look like me is that a big deal and yeah for me? You know, it doesn't matter to me. My daughter has darker skin than I do, and her hair is curly and she’s got a lot of hair by the way. I mean, I wouldn't I wouldn't change one thing and I can speak for my wife she wouldn't change one thing either.

So, there is a little bit of that of that feeling of loss that yeah it would have been nice. But at the end of the day, man, I wouldn't trade that little girl for anything in this world!" 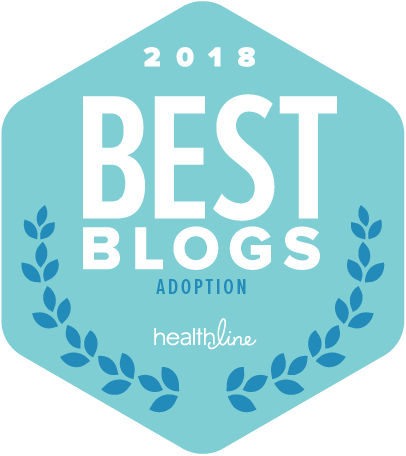