Open Adoption: What The Experts Say

Open Adoption: What The Experts Say

Posted by Lifetime Adoption on November 3, 2014

Open adoption is a relatively new practice, yet it is widely supported across the United States and by a variety of adoption and child development experts.

Open adoption entered into the adoption arena fairly slowly, beginning in the 1970s when research demonstrated that openness in adoption was better for children. Despite the research, open adoption did not have a smooth or fast start: it was extremely controversial, and it took until the late 1980s and early 1990s to really take off. Today, these adoptions are the norm, not the exception.

Why is open adoption better for children?

Culturally speaking, children are given a connection to their “roots.” This is always important for a child, and especially when the adoptive family and child are of different ethnic backgrounds.

Practically speaking, adoptive families and children have greater access to medical information that can be vitally important for the health and well-being of the child.

Emotionally speaking, open adoption provides children with contact with and/or knowledge of their biological families, thus eliminating the questions and frustrations that can arise for children about their birth family, and especially their birth parents. This contact and knowledge not only decreases the child’s frustrations of “not knowing,” but they have also been shown to increase self-worth and personal feelings of security, as well as decrease feelings of abandonment.

Importantly, access to a biological parent can help a child understand why her birth parent chose adoption. Children can learn that the adoption was done out of love, concern, and wanting the best for a child rather than because the child was unwanted.

Even smaller things—such as seeing firsthand what a biological parent looks like, and noting the similarities in appearance—can make a huge difference in a child’s life and in creating a strong and healthy sense of self.

Is there a downside to open adoption?

Many adoptive families fear that their adopted child will not feel a true sense of “mom and dad” if the child has knowledge of or contact with biological parents. These concerns are generally unfounded. The adoptive parents are the ones who are with the child 24 hours a day, 7 days a week, and are a part of each and every facet of the child’s life.

While every concern is valid, at least 95% of today’s adoptions are open, and the benefits to children (and the adoptive and birth families) have been well established. Every family has different needs and concerns. If open adoption doesn’t feel right to you, address these concerns with your adoption coordinator as well as other members of your support network. Many parents who were initially afraid of open adoption have been pleasantly surprised at the positive impact contact with the birthmother and family has had on their lives and the lives of their children. 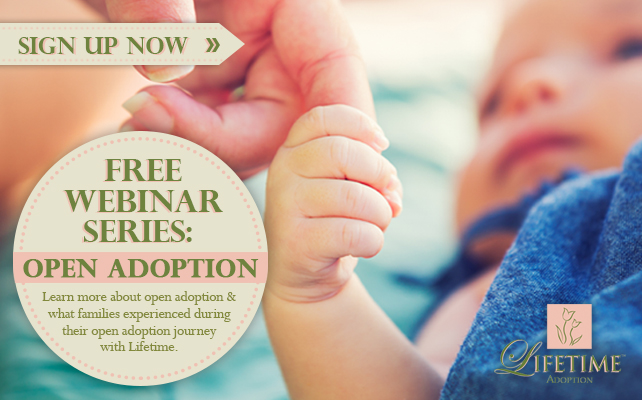